Multilingualism in Early Islamic Egypt: The View from Papyri

After Arab armies conquered Egypt in the mid-seventh century, the country’s linguistic landscape changed only gradually. Greek, preeminent for centuries as a language of high culture and governance, faded as Arabic advanced to fill these niches. Coptic, which until then had functioned largely as a vernacular, became in its turn a language of culture and administration. This talk traces the three languages’ variable coexistence in a time of political and social change through the papyri and literary sources.

Center for Near Eastern Studies 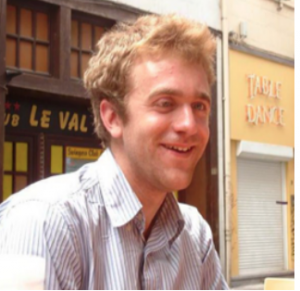 Dr. Naïm Vanthieghem is a Research Scholar at the Institut de recherche et d’histoire des textes (IRHT), a division of the Centre National de la Recherche
Scientifique in Paris. A papyrologist and historian of Egypt who works with Arabic,
Coptic, and Greek documents, he earned a PhD from the Free University of Brussels in 2015. He held post-doctoral fellowships from the European Research Council and Princeton University before joining the IRHT in 2017. He is the author of numerous articles in his areas of interest, which include multilingualism, law, scribal practice, early Islam, and governmental administration.

Oops! We could not locate your form.