Luke Yarbrough (Ph.D. 2012, Near Eastern Studies, Princeton University) is a historian of pre-modern Islamic societies. His work deals primarily with relations between Muslims and non-Muslims in their historical and legal aspects, and extends to the study of hadith, polemical literature, and administrative practice, among other topics. Yarbrough has held post-doctoral fellowships at the Herbert D. Katz Center for Judaic Studies of the University of Pennsylvania (2012) and the New York University Abu Dhabi Institute, where he was a Humanities Research Fellow in 2016-17. Since 2013 he has served as Assistant Professor of History at Saint Louis University, where he received a university-wide graduate-mentorship award (2014) and the annual Helen I. Mandeville Award for Excellence in Undergraduate Teaching in the Humanities (2018). His critical edition and translation of a thirteenth-century Arabic polemic by a disgruntled Egyptian bureaucrat, entitled The Sword of Ambition, was published in 2016 with the Library of Arabic Literature series of New York University Press, and his articles have appeared in journals such as Islamic Law and Society, the Journal of the American Oriental Society, and Der Islam. His forthcoming monograph—Friends of the Emir, Enemies of God—excavates prescriptive discourses surrounding non-Muslim officials in pre-modern Islamic states. Yarbrough earned his A.B. (History, 2004) as well as his Ph.D. at Princeton, and has studied and traveled widely in the Middle East and North Africa, including extended stints as a Fulbright Scholar and fellow at the Center for Arabic Study Abroad at the American University in Cairo (2004-5, 2009). In May 2018, he will give a series of seminars at the Université Paris-1 Panthéon-Sorbonne. 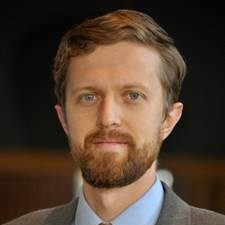