His first book, A Social Revolution: Politics and the Welfare State in Iran, is forthcoming on University of California Press. 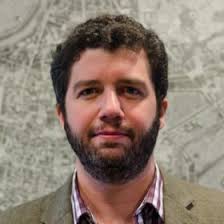