I am a socio-cultural anthropologist with a historical bent concerned with the social and cultural representation of and political discourse about religious and ethnic minorities in the Middle East and North Africa.

My ethnographic work engages many cultural, social, political and academic taboos in the Middle East and North Africa region including the place of religious minorities such as Jews, Baha’is, Shias and Christians in post-independence nation states.

My multi-disciplinary background and academic experience are at the intersections of Middle Eastern and North African studies, Islamic studies, Religious studies, African studies and Jewish studies. I have written on different topics such as Moroccan Jewish historiography, Islamic archives and manuscripts, education, music, youth, and sports among other things. Much of my work has focused on the anthropology of Jewish-Muslim relations in an age of communal violence especially generational Muslims’ memories of Moroccan Jews through ethnographic studying down and up strategies.

I am currently working on two ethnographic and historically grounded projects: The monarchy, Jews and Holocaust politics in Morocco, 1930s-Present and Virtual Jews: an Ethnography of Moroccan Jews Online.

2013 Shoot-outs for the Nation: Football and Politics in Post-Colonial Algerian-Moroccan Relations. Soccer and Society 14(4):548-564.

2012 The Performance of ‘Convivencia’: Communities of Tolerance and the Reification of Toleration. Religion Compass 6(3):174-184.

2010 The Plastic Eye: The Politics of Jewish Representation in Moroccan Museums. Ethnos: Journal of Anthropology 75(1):49-77.

2010 From ‘Little Jerusalems’ to the Promised Land: Zionism, Moroccan Nationalism and Rural Jewish Emigration. The Journal of North African Studies 15(1):51-69.

2010 Schooling in the Bled: Jewish Education and the Alliance Israélite Universelle in Southern Rural Morocco, 1830-1962. Journal of Jewish Identities 3(1):1-24.

2008  The Political Coherence of Educational Incoherence: The Consequences of Educational Specialization in a Southern Moroccan Community. Anthropology and Education Quarterly 39(2):205-223. 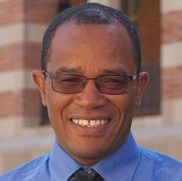